SALLY MAX DISCUSSES HER NEW BOOK PENNY FOR THE NIGHT 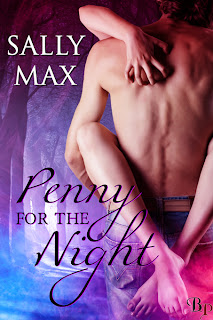 Libby estate (Setting of Penny for the Night) Tour Guide:-

Hello, and welcome to the Libby estate. Thank you for visiting.

The Libby estate was built by Charles and Ida Libby. This historic estate is rumored to have helped boost the economy in this area of Florida.   While no records exist confirming this, it is known that it was always Ida Libby's dream to adopt lots of children, so they built this very large home in order to house their large family.

Unofficially, I'm not supposed to tell you this, but I think this place is...haunted! Stewart, a man who used to work here told me that he had seen a lady in green roaming the halls. I think I've seen her too.

She will go into a room and then disappear into thin air! He actually died right here in this house.   Some people are saying the ghost... well, killed him.
The boss is supposed to be hiring a psychic to check the place out soon. I hope she gets here soon. I don't know if I feel safe with a dangerous ghost around.
Oh, don't go. I'm sure it's safe here... I think... Hey, wait, for me!

Sally Max Bio:
After not being able to answer, "What do you want to be when you grow up?" when she was little, Sally Max decided she wouldn't settle on just one profession.  Instead, she lives vicariously through her characters on the page, and gets a taste of every possible scenario she can imagine.
Sally Max currently resides in southwest Florida with her orange tabby cat.
Sally Max's Website
Penny for the Night Giveaway!!
Breathless Press
Posted by Misty Shaw at 12:23